As I work towards creating the life I want for myself, I always have a confidence muse.

A muse is a person or personified force who is the source of inspiration for a creative artist. I love to watch women who use their gifts to create space for themselves in the world.

Some of my Confidence Muses have been women like: Beyoncé,  Brené Brown, Oprah Winfrey and Missy Elliott (Missy commented on my instagram post the other day and I almost fainted!)

Stacey Abrams is my new Confidence Muse. Do you know much about her? I’m obsessed!

Stacey Abrams has the confidence to say what she wants and then go after it.

I read an article in the New York Times that explained the America’s quirky tradition around becoming Vice President. Here’s how it goes:

Traditionally, if prospective vice presidents were asked whether they would like to be so-and-so’s running mate, they would typically follow some variation on the familiar dodge. They would say how flattered and humbled they were to be mentioned before claiming that they were not really thinking about getting selected, not at all, not one bit.

In other words, they must be reluctant. Or at least act reluctant.

But that custom is fading in this strange lockdown of a veepstakes season. Prospective running mates appear more and more to be shedding their fake reluctance — or not bothering to shroud their ambition in faux nonchalance. You can call this progress, a win for the notion of saying what you want and advocating yourself. Credit Stacey Abrams as a trailblazer.

This is very inspiring to me.

From my dating life to my career ambitions, I am guilty of knowing what I wanted, but being afraid to say anything. I didn’t have the confidence to say what I wanted, and I definitely didn’t have the confidence to go after it. I love that Stacey Abrams feels secure enough in her talent, gifts and abilities to be the first woman in American history to raise her hand and say “I’d like to be Vice President”.

That’s the kind of confidence I would love to have. 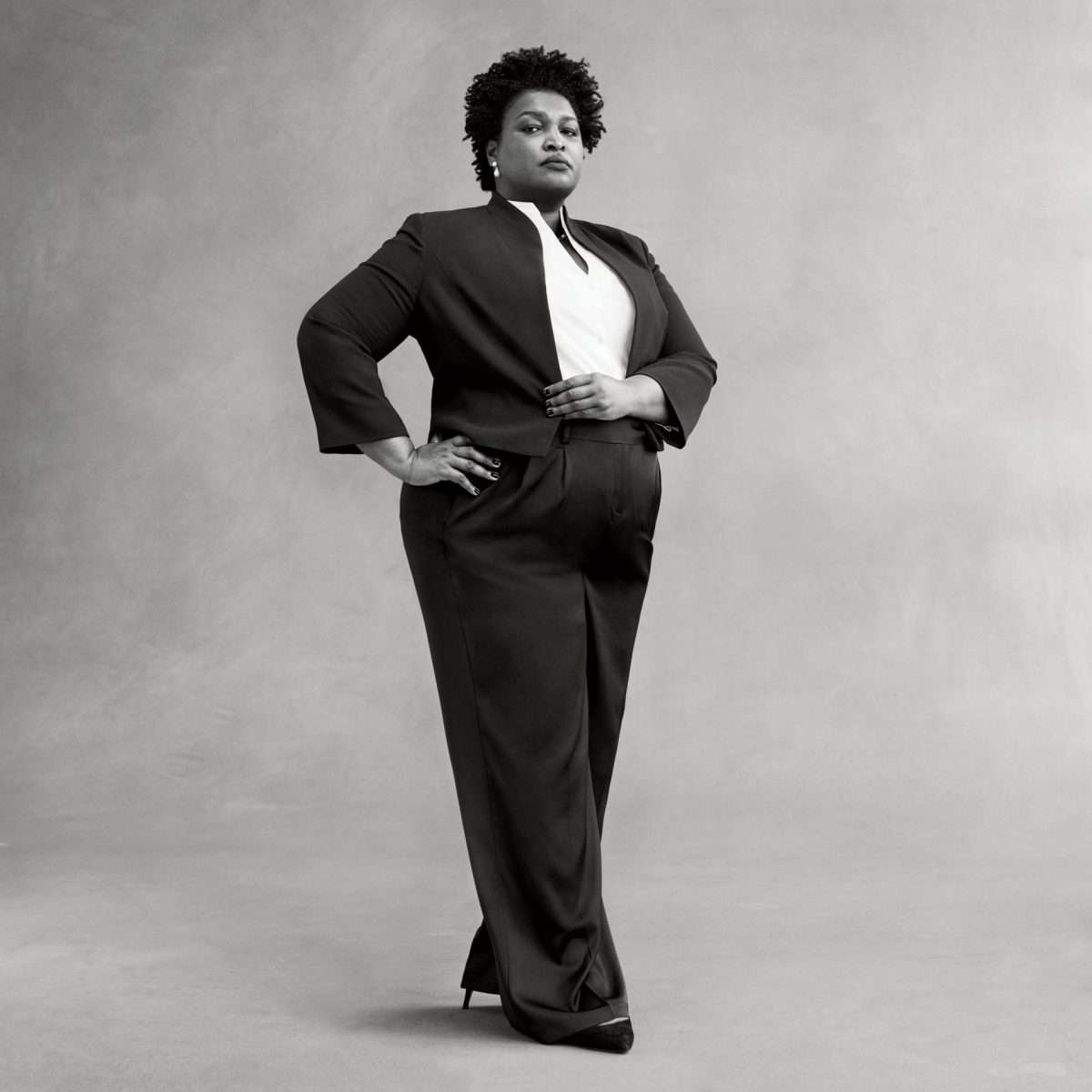 Stacey Abrams has grit and gumption

Stacey Abrams journey feels like my story. Growing up, I felt invisible. I learned quickly that I would have to work much harder than the other girls to get the same recognition. It was painful to give my all and still be ignored. But it taught me how to advocate for myself. Once I learned how to speak up for myself it was much easier for me to become co-founder of theCURVYcon and use my voice to speak up for the 67% of American Women who are curvy (or plus size, if you’re nasty! haha). My success has not come easily to me, I know the unneccesary barriers that existed for me as I made my way towards the life of my dreams. I work hard to make it easier for the women who come behind me. So, you can imagine my delight when I saw Stacey Abrams on CNN saying the same thing:

Stacey Abrams told CNN “As a young black woman growing up in Mississippi, I learned that if you don’t raise your hand, people won’t see you and they won’t give you attention.”

When I couldn’t find my voice for myself, I was in no position to stand up for anyone else (even though I tried!). It wasn’t until I could advocate for myself that I was put in positions to advocate for others. It sounds to me like Stacey Abrams has an understanding of the challenges all women go through. If you’ve ever felt like you had to work twice as hard to get half as far, Stacey Abrams might be someone you want to watch.

The other day my therapist told me I was “resilient”.

I’d never heard anyone describe me that way before, so I went home and looked up the word.

Resilient: a person able to withstand or recover quickly from difficult conditions.

If you watched my Tedx talk, How to Build Self Confidence, you know that I’ve had countless rejections, road blocks and challenges in my life. When I started this blog, I was insecure, broke and I truly felt like there was no hope. But I didn’t quit. I withstood my setbacks and I did my best to recover as quickly as possible. Then I figured out the next right step. If you don’t know Stacey Abrams story of resilience, here it is in a nutshell, according to NPR:

Stacey Abrams was the Democratic party’s nominee in the 2018 Georgia gubernatorial election, becoming the first African-American female major-party gubernatorial nominee in the United States. She lost to Brian Kemp in an election marred by accusations that Kemp engaged in voter suppression. “This is not a speech of concession,” she said at the time, after losing by fewer than 55,000 votes to Republican Secretary of State Brian Kemp. “Concession means to acknowledge an action is right, true or proper.”

Abrams, a former minority leader in the Georgia House, broke new ground with her gubernatorial campaign, driving up the share of Democratic voters in a state where Republicans have dominated.

There was record turnout for a midterm election but also hours-long waits at some polls, election server security breaches and allegations that strict adherence on signature matches dampened participation.

Abrams says the defeat galvanized her to launch Fair Fight.

No matter what our political beliefs are, voting rights are the cornerstone of American democracy and I am motivated when I see Stacy Abrams is standing up for the greater good.

If every woman and girl had Stacy Abrams level of confidence, we could accomplish so many amazing things.

Watching Stacey Abrams is a crash course in confidence for all women, you don’t want to miss it.

Have you been following Stacey Abrams? Let me know what you think in the comments!

1 thought on “How to Build Self Confidence: Watch Stacey Abrams” 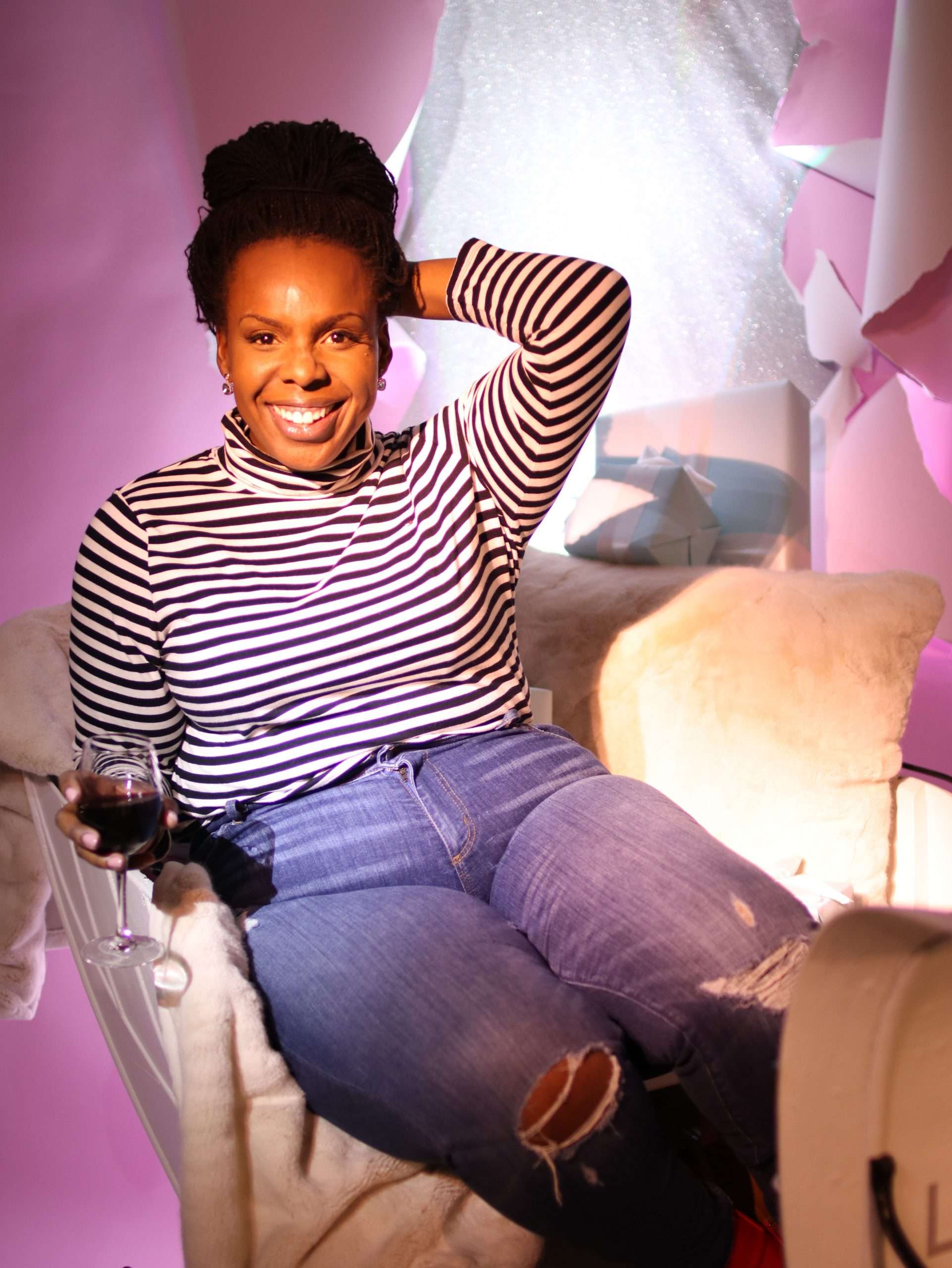