Editors Note: Secure Britney Griner’s Safe and Swift return to the US

It’s such a privilege to live in a big city with two NBA teams and a WNBA team. On any given night some of the best athletes in the world are a subway ride away. When I moved to Brooklyn, I knew I wanted to embrace Brooklyn basketball.  This is my first season as a Liberty Loyal. I’m having so much fun and here’s why:

If you’re not familiar with the Barclays center, think Madison Square Garden in Brooklyn: the subway lets out right in front, so it’s easy to get to. The moment you arrive, the energy of the NY Liberty fans is infectious. It’s a diverse, fun and family friendly vibe with lots of positive and kind people.

Ellie is the mascot for the liberty and she is so cute to me. As part of the 25th anniversary season last year, the New York Liberty announced the team’s new mascot, Ellie the Elephant. Elephants represent strength, power, wisdom, and determination. They are also praised for their longevity, stamina, cooperative spirit, and loyalty – all attributes that the liberty say are synonymous with the New York Liberty’s journey to Brooklyn, the players and loyal fans.

Ellie’s got spunk I love watching her interact with the crowd– and she can do an incredible Mary J. Blige impersonation. 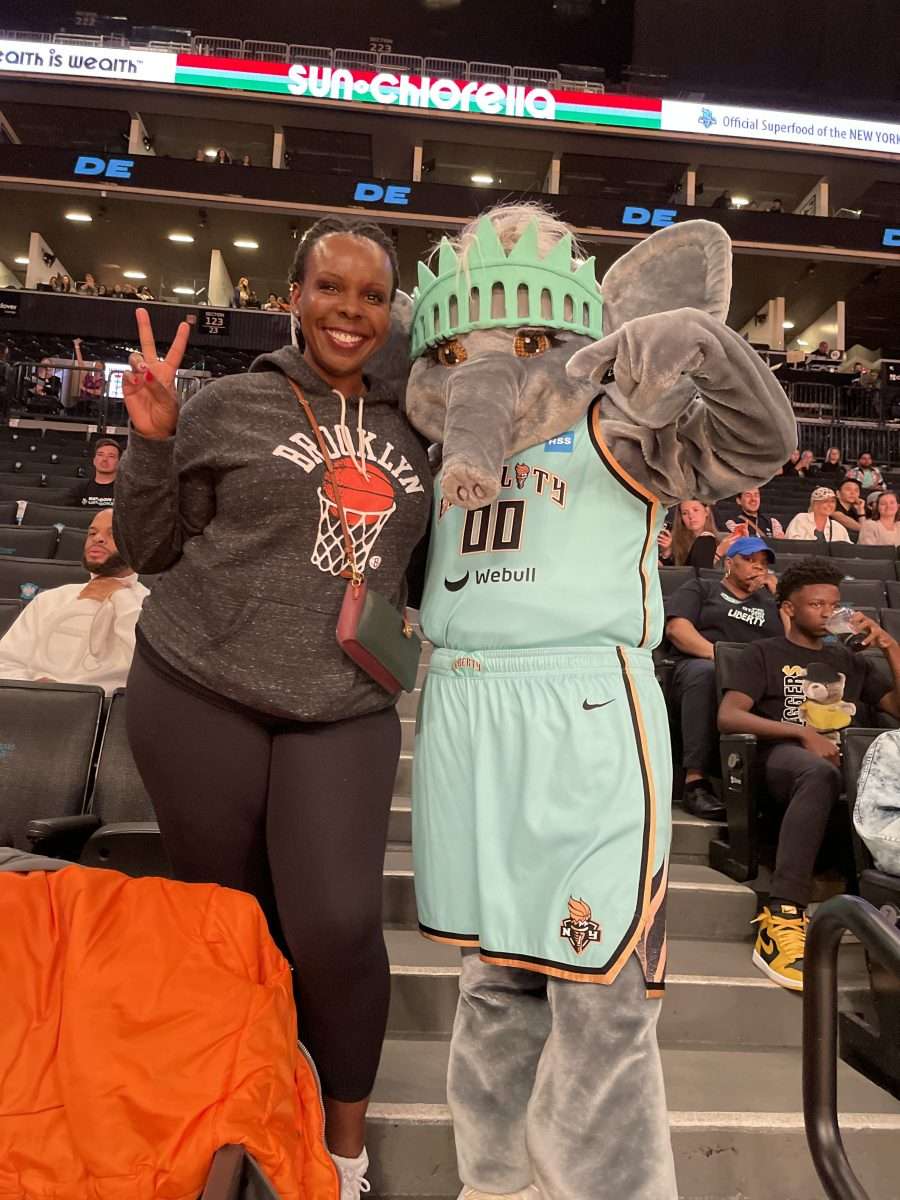 The cheerleaders for the New York Liberty are the Timeless Torches. The Timeless Torches dance, do cartwheels and drop to the splits like it’s nothing… and everyone on the squad is over the age of 40. Their dance performances are something I look forward to every game. I can’t mention the timeless torches without mentioning Nikki who crushes it ever game (and is one of my dolls who reads this blog!). 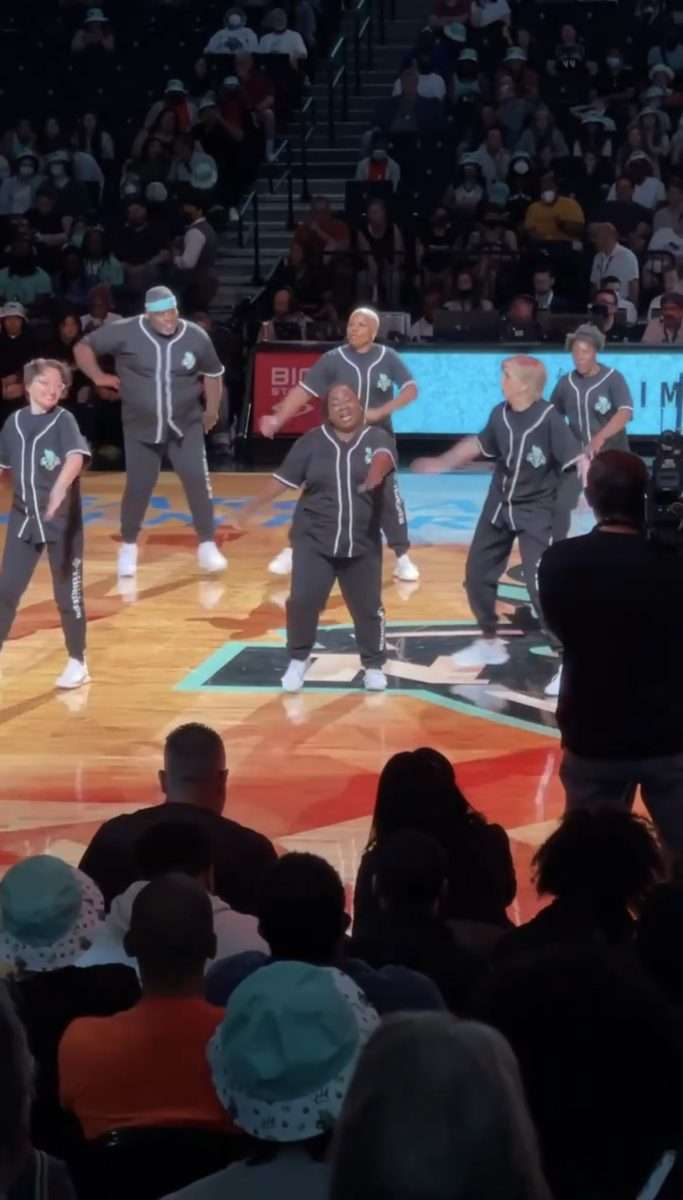 Keia Clarke is Chief Executive Officer of the New York Liberty. Yes, the CEO of New York City’s WNBA team is a black woman– how cool is that? I find it inspiring to see her in a leadership role like this. Studies show that sports builds confidence in young girls… I like that we can point to Keia Clark as proof that young girls that they can be a part of professional sports by playing on the court or being a leader in the executive suite. 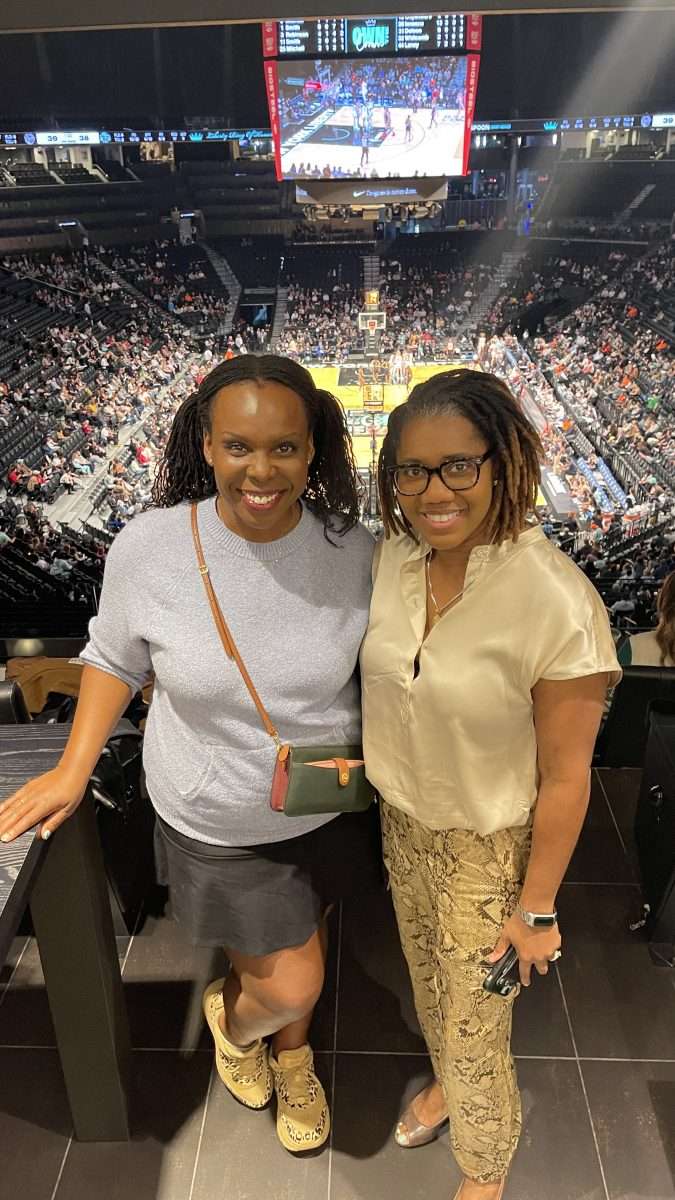 There was a BBQ for the Liberty Loyals and I met some women who have been season ticket holders for 26 years– since the beginning of the teams history! This is my first year as a Liberty Loyal and I hope one day to brag about my 26th year. If you decide to come to a Liberty Game, shoot me a DM and let me know you’ll be in the building!