So, my boyfriend is skinny and I’m definitely not. But, one of the hardest things about being in a “mixed weight” relationship is other people and their opinions (and projections). While I don’t often hear comments about my weight when I’m alone, I do get a very strong message about my weight in the context of my dating life. The message comes in many forms, but it’s always the same: “You do not deserve to be with him.”Sometimes, the message is delivered via a flirty waitress at a restaurant who smiles at him while scribbling my order — it’s straight out of a movie. Other times, the message comes from a smiling face that says, “You’re a VERY lucky girl…” Is that a backhanded compliment?Before I met him, people warned me — both implicitly and outright — that because I opted to only date the men I found attractive (novel idea, right?), that I was a “superficial fat chick.” They said if a guy was attracted to me, I should be grateful! But, I didn’t listen. I kept my standards high started dating a Dwyane Wade look-a-like. 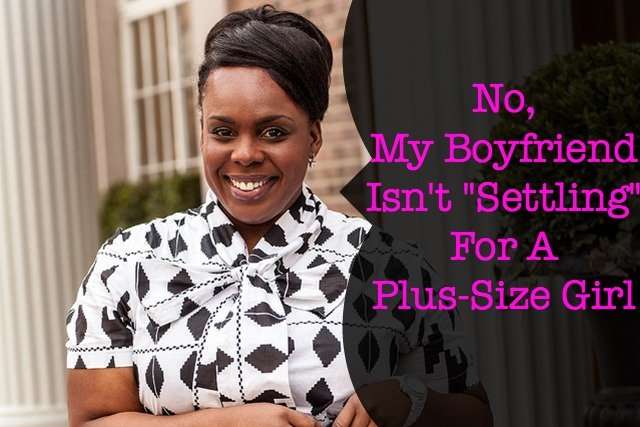 Body politics and dating are very tricky because people have opinions on who should be dating whom, but most of these opinions are often built on myths and judgments they subscribe to — even though they’d be too embarrassed to say them out loud. One myth is that only thin people are attractive. For some people, “fat” is synonymous with “ugly,” — I’ve been called “fatandugly” before, almost as if it was one word.Another one? That a woman must be smaller than the man she’s with. If he’s dating a big girl, he’s settling. Why don’t we ever give big men a hard time for dating slender women? Or vice-versa? What if he’s head-over-heels attracted to her? What if their emotional connection and understanding of each other is breathtaking? Should he pass that all up because she’s fat?These crazy myths will have us thinking we don’t “match” with certain people even if they’re interested in us — what does that even mean? As a big girl, I work so hard to manage my body image issues and I work even harder not to let those issues ruin my relationships. I’ve seen too many of my Plus-Size Princesses convince themselves that they’re not worthy of certain types of guys, when that’s just not true. I don’t care what you look like, if Channing Tatum is interested in you, there is something attractive about you, so please grab a dress that hugs your curves and do what you need to do. Most of us are sitting here with so much love and positivity to give, but instead of focusing on our beauty, wherever it lies, we absorb all the snide remarks and snickers from insecure people and let that dictate our dating decisions. When a girl tries to hit on my boyfriend right in front of my face, I can internalize it and say it’s because I’m too fat for him. Or, I can understand that women who go after other peoples boyfriend’s — right in front of them, no less — might be insecure that they don’t have someone of their own.As I mentioned in this post, some of us have a bad habit of embracing the negative things we hear about ourselves. It’s easy to listen to the single people yapping about who we shouldn’t be dating because of how we look, but when we find someone who embraces us as we are, we owe it to ourselves to embrace them back.I brought this topic up to my Dwyane Wade doppleganger the other day — in the context of us as a couple. “You know some people think we… don’t match,” I said. “Yeah,” he replied, “they’re probably wondering how I convinced you to date me.” 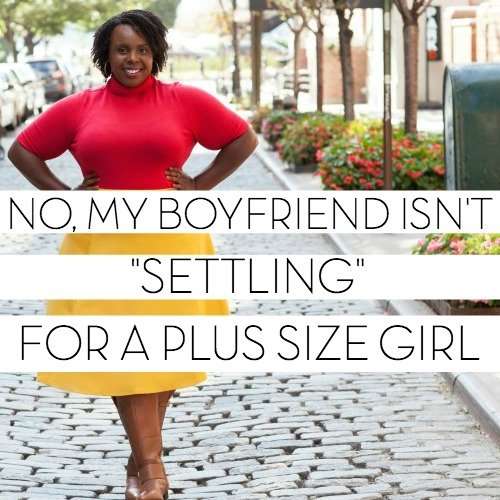 188 thoughts on “No, My Boyfriend Isn’t “Settling” For A Plus-Size Girl”