There I sat in my living room, gushing about Kevin to my room mate Jose. Jose and I weren’t that close, but was on a high from a whirlwind Christmas Vacation where I found out that my middle school crush liked me back in the day… and still did! (To read the Kevin chronicles, click here) Basically, I was ready to talk about Kevin to anyone who would listen…

“So, what does Kevin look like?” Jose asked as he scrolled through the Grindr app on his phone.

“Do you have a picture of him?” Jose said, squinting and cocking his head to the side.

Eager to keep talking about Kevin, I scrolled through my phone and pulled up a photo of Kevin and I from our last night together. “Wow, he’s really cute,” Jose said, then he looked at me “Hmm” he grunted to himself, “well good for you”.

There are a few things I hear all the time as a Plus Size Princess who dates one of them is the constant request for pictures of him. Fast forward to now, I’m dating Robert and the photo requests have not stopped.

I’ve even shown people a photo of Robert by himself only to be asked for a photo of us together…Do they they think I’m doing some sort of relationship catfish trick and lying about having a boyfriend?

Maybe they just want to size up what type of guy I’m pulling… I don’t really understand it, but I don’t notice my skinny friends being asked to show pictures of their boyfriends/girlfriends all the time.

Do any of you get asked to show pictures of your significant others? Does it make you feel awkward? 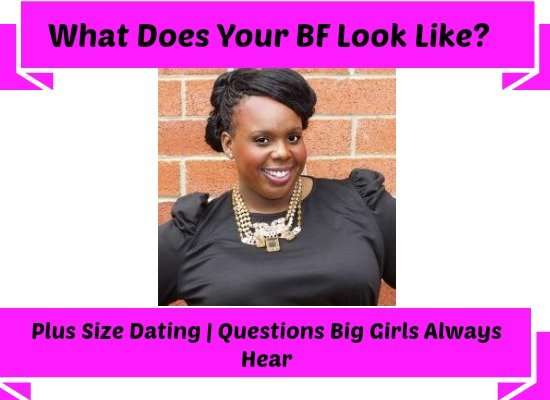 137 thoughts on ““What Does Your Boyfriend Look Like?” | Plus Size Dating”