Its been unusually warm in the city, so after dinner in the West Village, Robert and I decided to take advantage of the nice weather and walk around for a bit before heading home. As we turned the corner on Sullivan street I noticed a homeless man sitting on the ground jingling his cup of change. As we approached, the homeless man took one look at me and yelled “Oh My God, its BEYONCE… can I have your autograph?!”

I burst into giggles and Robert put $3 in his cup, “I like that,” he said slipping his arm around my waist.

Below is the outfit that earned me such a high compliment, it’s from the Kmart LYS collection. Have any of you checked out the clothes in Kmart’s Plus Size department lately?

If you haven’t, you need to do that ASAP. They have lots of dresses and tops that look like they belong in Macy’s but they’re priced for girls on a budget, like me!

The zipper on this dress is fully functional so you can adjust it to show as much or as little as you want. Then you can do your Beyonce dance! 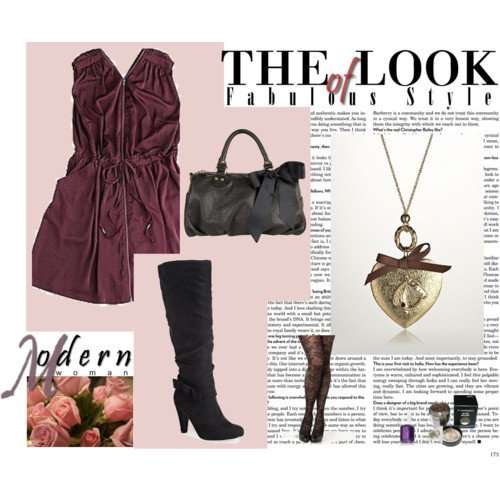 Plus Size Fashion with Kmart! by thebiggirlblog featuring tall boots