I think it was Rosanne Barr who said “If it weren’t for gay men, fat chicks would never have anyone to dance with”. To a certain extent, I agree… I can remember a few awkward moments on New York City dance floors when a random “gay in shinning armor” would come to my rescue and dance with me, saving me from the sadness of feeling invisible.

I feel like there is an unspoken bond between gay men and PSP’s (Plus Size Princesses). Its a natural pairing of two groups who are often on the outside looking in. As a PSP it can also provide regular male companionship (and a stand-by date, if needed). I love my gay male friends, they are all so different some are very professional, some are more creative and they all bring different things to my life… but as a PSP there is one type of gay man that I have to warn you about: 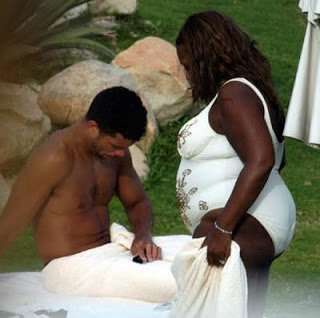 Call it what you will “Closet Case”, “Suspect” or “Down Low” it is my observation that, these men often date big women. Its almost as if the gay man inside of them recognizes the connection they could have with a PSP, but somewhere things get confused and suddenly they are seeing her romantically even though they are sexually attracted to men.

I’ve had it explained to me that a woman with lower self esteem (as PSP’s often have) may excuse or ignore the signs that the man in her life might be gay.

I see how this can be easy to do, if you take a woman who often gets little to no attention from men, and suddenly a man (perhaps a well dressed, attractive, polite, put together man) is interested in her. This man knows how to make her feel special and isn’t afraid to tell her how important she is. Her choice then becomes: ignore how quickly he pulls up the online bingo tab to cover up the Britney Spears video, and all the other signs that put his sexuality in question, or face them and risk being alone… again.

I don’t want to be that girl, and so far I’ve dodged the bullet (Remember James?).

I found out recently that this is something I’ve been dodging since high school. When I was a Sophomore, John Tomsonni, who was like, “The Senior” told Andrew, my Best Friend (who at the time wasn’t out of the closet) that he wanted to take me to the winter formal. I could not believe that of all the girls he could choose from, he wanted to take me. Unfortunately I was 15 and my parents would not let me go on dates until I was 16. He went off to college that year and I always had hopes of rekindling what could have been. I sort of lost track of John, but found out recently that he’s living in Colorado with his longtime boyfriend.

I even have my doubts about Jeremy! I didn’t want to bring it up, but I sent my sister a link to his facebook page the other day. She called me a few hours later and the first question she asked me was “do you think he might be….”

“I dunno… some of his photos” she replied. “there’s nothing wrong with them, but…”

I threw myself face first into my pillow to muffle the screams coming out of my mouth because I knew what she meant. I had spent a good amount of time studying his photos and there was just something about them; and my sister saw it too (who knew gaydar was genetic?).

Now, good gaydar doesn’t go off because a man is wearing a pink sequin shirt, it goes off on an x-factor, something you often can’t pinpoint. Its the kind of thing where even if a guy is wearing a football jersey, chugging beer and screaming at the TV set, you can still pick up that he’s Suspect. You just see something in him that makes you question.

But not all men are like that! Most men are just point blank, no questions asked, heterosexual males. So, why is it that every potential guy I come across has me with my head cocked to the side like Scooby Doo?!?!

The really frustrating part is that I think my friends are so eager to see me with someone that they compromise and don’t tell me what they really think. I introduced James to a few people and all of them kept beating around the bush. Even Andrew, who I trust, routinely avoided telling me that he thought James was a closet case. It took someone brazen like Dean to speak the truth and instruct me to move on. Of course, once Dean said “he’s gay” everyone chimed in to back him up, but if he hadn’t spoken up and I was just the tiniest bit desperate… then what?

I’ve seen this happen routinely to other big women out there and I refuse to fall into the trap… I refuse to have people sitting at my wedding wondering “is she blind?” or wondering “with all the gay friends that girl has… why didn’t someone didn’t say something”….

At the end of the day I can’t control the fact that gay men are attracted to me, I guess I just have to make sure I don’t start becoming attracted to them.

36 thoughts on “A Big Girl Rant: Why do I Attract Closeted Gay Men???”